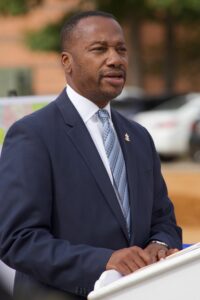 Mr. Collins has acted as counsel for clients from various backgrounds in a broad range of litigation matters. His representation of businesses both for profit and non-profit and their compliance with federal and state laws is exceptional. Additionally, the firm is able to handle the needs of the Spanish speaking population. Mr. Collins is well respected amongst his peers and maintains an exemplary litigation record.

Mr. Collins has completed two terms on the Board of County Commissioners of Charles County Maryland District 3. In 2018 he was elected President of the Charles County Board of Commissioners making him the first African-American to hold that position.  His first book, Evolutionary Actuality was published in February 2013. Collins has since completed a second book, On Resistance.