The Tax Court has held that, in order to deduct charitable bequests in full upon filing a United States Estate Tax Return, the bequests must have been funded from property subject to the U.S. estate tax. If the bequests are funded with property located outside of the U.S., then the taxpayer will only be entitled to a proportional deduction. The deduction is calculated by dividing the value of U.S. assets by the value of worldwide assets, multiplied by the amount of charitable bequests.

In one case, a Canadian citizen had assets worth $516,268 in the U.S. and more than $100 million in Canada. His will provided for charitable bequests to Canadian-registered charities, and when he died the bequests were paid out of his Canadian funds. His estate filed a United States Estate Tax Return and claimed a charitable contribution deduction of approximately $312,840. However, the IRS only allowed a limited charitable deduction of $1,615 based on the following formula: ($516,268/$100 million) x $312,840 = $1,615.

U.S.-Canada Treaty on Income and Capital

Where the charitable bequest at issue is made by a Canadian resident who owns property in the U.S., it is important to consider the U.S.-Canada Treaty with respect to taxes on income and capital as amended by the (third) protocol in 1995. Some relevant provisions of the Treaty include:

Still, the Treaty also requires that charitable bequests be funded from property subject to the U.S. estate tax in order for the taxpayer to file for a full deduction. 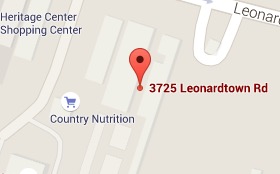